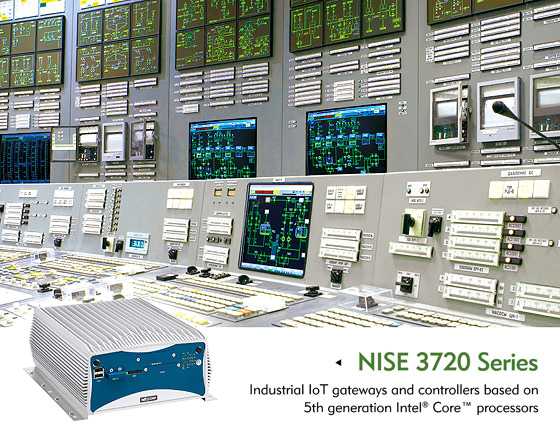 As communication interfaces and fieldbus protocols in use differ from factory to factory, the NISE 3720 series industrial IoT gateways and controllers are equipped with a set of I/Os and support fieldbus networking—including PROFIBUS, PROFINET, DeviceNet, EtherNet/IP, and EtherCAT—and internet connectivity through modular expansion. For use in SCADA applications, the NISE 3720 series can not only monitor and control, for instance, PLCs and remote I/Os across factory but also interoperate with business clouds

To respond to environmental challenges in factories, the NISE 3720 series offers enhanced electromagnetic compatibility and electrical insulation and has acquired FCC Class B certification to deliver high system reliability against electronic noise and spikes. The NISE 3720 series follows fanless design, has a compact rugged aluminum enclosure, and supports an extended temperature range from -20 to 60°C to ensure smooth daily operations.

Related articles across the web